Two drug products are considered bioequivalent when they don’t have significant differences in their bioavailability. However, what is bioavailability? Bioavailability is the rate and extent to which a drug compound is absorbed into the systemic circulation and presents itself at the site of action. Hence, bioavailability testing is a core component of bioequivalence analysis. Although bioequivalence clinical trials are often associated with generic drugs, there are certain situations when researchers conduct bioequivalence studies for brand-name drugs. These scenarios include:

AUC and Cmax are crucial components of bioequivalence studies. The AUC and Cmax of generic drugs and the reference-listed drug must not have a difference of more than 20%. The 90% confidence interval for the AUC ratio and Cmax ratio should lie between 0.8 to 1.25. In practice, mean value ratios must be close to 100% so that the upper and lower limits are within the range.

While developing a brand-name drug, sponsors test them in both healthy and patient populations. However, this is not the case for generic products. Generic drugs are tested only in a healthy population. Hence, the safety and efficacy of a generic drug in the patient population often raises concerns. However, scientifically the brand name drug and the generic drug have similar active ingredients, and therefore, they will have similar biochemical responses.

Bioequivalence studies are usually single-dose studies. Hence, excipients in the generic formulation could behave differently in steady-state studies. However, this is highly unlikely. The potential difference observed is comparatively negligible to the differences produced due to variability in the GI tract of patients.

Certain limited medicines such as phenytoin, digoxin, and carbamazepine have a narrow therapeutic range, and any minute variation in systemic concentration can cause toxicity or altered therapeutic response. Hence, individuals should never change between different brands of these medicines.

If you want to read more blogs visit: renoarticle 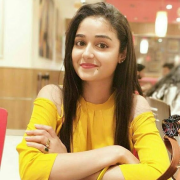 Why Are Micro-Nutrients Beneficial to Our Health?

What is Cervical Cancer? Everything you need to know about cervical cancer diagnostic market

Finding a Way to Exercise With a Disability

What Are the Best Activities for Seniors to Stay Healthy?