React Native has been the favorite child on the mobile development playground for a while. With good reason, too! React Native enables app developers to simultaneously construct mobile applications for the iOS and Android platforms. What a cool thing!

Why Should You Design Mobile Apps With React Native?

1. Promotes the development of cross-platform apps

All app developers will concur that managing apps on the Android and iOS platforms is very challenging. This is so because they have separate built-in languages and different frameworks.

The software will run reliably across all platforms if it is developed on a single platform, though. Who wouldn’t prefer that? You only need one experienced, skilled React Native developer to be all set.

2. Best for managing a small budget

In actuality, generating revenue is the aspect of starting a business from inception that is most important. In today’s competitive market, you need to see quick returns on every dollar you spend in order to stay afloat.

Don’t you agree with me that this makes great sense?

Therefore, why not start with saving time and money? By hiring a skilled React Native developer, you can save a lot of cash compared to hiring separate iOS and Android app developers.

Before React Native, you had to start from scratch every time an error was found in your published app. Following that, you have to re-upload the updated app to the app store.

Customers would then need to manually install the updated apps after this went via Apple’s or Google’s approval process.

Ugh! While composing about this routine practise, I got tired. Take into account the leaders among the developers.

But fear not, for we have the ideal stack that makes use of Code Push. Your app can be spontaneously updated thanks to this incredible technology, and you don’t even need to visit the app store for that. How wonderful!

The application is continuously updated so that users can view the changes without having to restart it.

4. Reduces the complexity of developing apps

The process of creating an app is difficult. But this incredible tech stack greatly simplifies the procedure. I’m sure you want to know how!

This framework, however, makes use of Facebook’s UI library to create simple to read and use code.

The objectives of each app development initiatives vary. But React Native succeeds in providing a simple solution to a number of these problems.

App developers can observe a running preview of the code thanks to this capability. Additionally, they have the option to examine the actual impact, which happens concurrently with the development of the software.

Additionally, this guarantees that developers write code that is “bug-free” and with the fewest errors possible.

The fact that this particular tech stack gives customers the impression of a native app is one of its best features. When compared to the other cross-platform mobile development frameworks, this is a fantastic point of differentiation.

It also makes it possible for you, as an app developer, to include native mobile design elements in your programme. All of this is accomplished by fusing Javascript, the native UI’s own language, with its fundamental elements.

Because the apps behave and appear like native applications, the user experience is greatly enhanced.

Customers can anticipate the same appearance and experience across all platforms because React Native uses the same fundamental components for iOS and Android. Do you admire it?

This is the era of personalized products and customizations, as we are all aware.

Why then shouldn’t we also have customized apps? This incredible programming language allows developers the chance to design distinctive app styles right on the server-side. On the same app, developers may create a customized, made-to-fit experience for each user.

In fact, React Native is so good that you can set up unique server-side styles for each user group. Each customer will also be able to view their own unique UX on the user side. That sounds fantastic, doesn’t it?

It could be expensive and time-consuming to create an app from scratch with a special software foundation. You’ll need to repurpose some existing components in order to address this issue. Yes, as you suspected! Third-party plugins are useful in this situation.

You can get rid of the necessity to use specific Web View functions by installing third-party plugins. A plugin and a native module can be connected using React Native. What a rescuer!

There are also a variety of options for joining processes, which facilitates cleaner performance, quicker loading, and better memory management.

A sizable number of adaptable libraries for React Native are readily available online, and this number is steadily increasing.

Finding bugs is made much simpler when there is a single codebase for all platforms, which is one of the biggest advantages. Let me demonstrate this pointer to you.

You only need to make one update to support both your Android and iOS platforms because React code is reusable. To save time, in my opinion.

No developer will ever claim that debugging is the greatest fun they have at work. Believe me! Finding the precise place where a minor syntax problem is present in your code—or the code of others—might require hours of labor.

But hold on! Your team won’t have to spend as much time examining two different codebases if you use React Native. Do you see the point at this moment?

All bugs will be fixed immediately across all operating systems with a single bug fix. You will be able to perform consistently across all platforms thanks to this.

For all the reasons listed above, React Native is a great option if you plan to release your app shortly. Since you have remained here up to this point, I can assume that you agree with me. It is a really well-liked framework that is well-liked by app developers as well as companies.

Uncertain about the best places to look for React Native app developers? You’ve found it! Reach out to RichestSoft team of experts to have all your questions answered quickly! It will save you a significant amount of time and effort on your end. 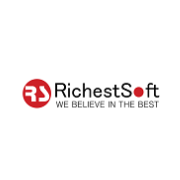 Perfex CRM Development: How To Build CRM From Scratch?