In the case of weddings, most people still adhere to and believe in the conventional methods of finding a groom and bride. But, technological advancements made the matrimonial process different from the past. If you are seeking an Agarwal bride and groom then go to Agarwal matrimony websites, as there are numerous matrimonial websites where you can look for boys and girls from Agarwal for marriage.

Every community in India has its own wedding rites. Wedding traditions are seen as once-in-a-lifetime experiences. That you treasure and remember for the rest of your life because they are such a crucial milestones. One of the most successful and powerful communities to come from India’s Northern States is the Agarwal community. Agrawal or Agarwals are prominent in commerce, politics, government, the private sector, agriculture, and education. Gupta, Jindal, Mittal, and other popular Agarwal surnames are a few examples. Their wedding rituals last for a few days or a week.

Let’s take a look at the ceremonies of the Agarwal wedding:

Engagement or Sagai Ceremony: This ceremony is the formal announcement of a new relationship. Only the male members of the bride’s family visit the groom’s house. During the ceremony, the bride’s brother or father put Tikka on the groom’s forehead. The meaning of this Tikka ceremony is to welcome the groom into the family. Moreover, they offer various gifts to the groom.

Godh Bharai: At this ceremony, the groom’s family offers various gifts, clothes, cosmetics, dry fruits, and many more and all these things place on the lap of the bride. All of these unique gifts are seen as a sign of joy for her blissful married life.

Sangeet: It is a traditional musical gathering of the family’s female members. The bride is made to sit on a silver “chowkri,” or low stool, while wearing all the finery she was given at the tikka. Women from the families of the bride and groom gather around the bride. All the wedding songs are sung. It is a fun-filled ceremony with folk music and dance.

Mehandi: This ceremony takes place at the bride’s house a day before the wedding day. In this ceremony, a paste of henna is applied on both hands of the bride and the other ladies also smear Mehandi on their hands.

Haldi: This ritual involves bathing in a mixture of turmeric, henna, fresh milk, curd, mustard oil, and herbs. This paste is applied by family members using a grass brush to the bride and groom’s knees, feet, arms, shoulders, faces, and heads, respectively.

Kangna: On the day of the wedding, a sacred thread is tied to the right wrist of the bride and groom.

Ganesh and Gauri Puja: This ceremony plays an indispensable role in the wedding. The Ganesh Puja indicates the commencement of the wedding celebrations. The bride is revered as Goddess Gauri or Parvati, the ideal wife and consort of Lord Shiva.

Baraat: In this ceremony, the groom’s family blessed him and placed the turban on his head. Only the groom saddles a white mare that has been ornamented following this ceremony, which is also known as Sehra Bandhai. Following the ceremony, the entire baraat makes its way to the wedding location. The groom carries a sword and the groom is followed by the band as the families dance their way to the reception location.

Toran: Before entering the wedding location, the groom beats the toran with a stick as part of the toran rite.

Aarti: When the Baraat reaches the wedding venue. The bride’s mother welcomes the groom by doing the traditional Aarti and blessing him.

Neen Jhadai: The bride’s sister uses a twig from a Neem tree to rainwater on the groom; this is a customary Agarwal ritual.

Varmala: The bride and the groom exchange the garland which is called the varmala.

Saat Phera: In this, the bride and groom sit together around the sacred fire and take seven rounds. During this whole process, the priest chants the mantras. The bride’s dupatta tied with the groom’s waistband.

Kanyadaan: During the saat pheras the bride’s father put her hand in the groom’s hands which is called the Kanyadaan. This means that the father gives away his daughter to the groom.

Seer Guthi: The groom applies sindoor or vermillion to the bride’s forehead. The vermillion filled in the bride’s parting, the bride’s sister braided her hair with mouli, and she receives a nose ring. The bride receives glass bangles from the groom’s mother during the Chuda, or bangle, the ritual that follows.

Vidaai: This is a bittersweet moment in every girl’s life. When she says a tearful goodbye to his family and left her parental house.

Griha Pravesh: The newly married couple is welcomed by the groom’s mother. The bride must knock over a pot of rice before entering after taking a few steps into the kumkum and milk combination. 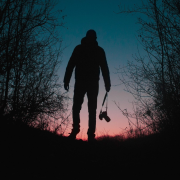 What Are The Similarities Between Robots And CNC Machine?

Exploring the Best Hair Colors for Women and Style

Learn The Connection Between Sex And Sleep

How much impressive look of Macaron Boxes
17 hours ago