When the car won’t start it’s a sign that something within the car’s starting system set-up has gone wrong. There are different reasons for the car not to start. Some are more serious than others. Meaning that some will require the attention of a mechanic while other won’t.

Lets explore the reasons why the car won’t start;

This is one of the most common reason for a car not starting. Most people look at the battery when the car doesn’t start. Probably because it is the one that supplies the electric charge that is necessary for ignition. There are a bunch of reasons why the car battery dies. Though these may not relate to the reasons why the car won’t start.

How will you know that the battery is causing the car not to start? When you insert the key into the ignition and all you get after turning it is a clicking sound, the battery is dead. Alternatively, there could be an issue with the battery’s connections.

The car’s engine depends on a mixture of air and fuel in order to produce necessary power for the engine to start and run. In some really powerful engines, the car won’t start if the amount of fuel goes below a certain level. In fact this also applies to other smaller engines but the fuel limit for these ones is lower than for the powerful engines.

When there is little oil in the fuel tank, the engine will not start. That’s because of an imbalance of the air and fuel mixture ratio. So ensure that before you park your car, it has sufficient amounts of fuel so that you may be able to restart it again later.

Most of the times when the steering is in lock mode, the key will not turn within the ignition cylinder. So try jiggling the steering gently as your turning the key in ignition. This will unlock the steering and it will allow you to start the car.

The car’s starting set-up relies on a number of electrical system settings. These are inclusive of

If either of the above is in a bad condition, it may affect the car’s ability to start. Incase the car refuses to start and you can’t figure out what the problem is, you will need a towing service to a repair shop where it can be looked at. 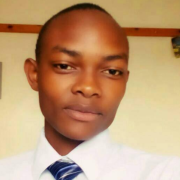 Why You Need a Persian Sultanabad Rug in Your Home